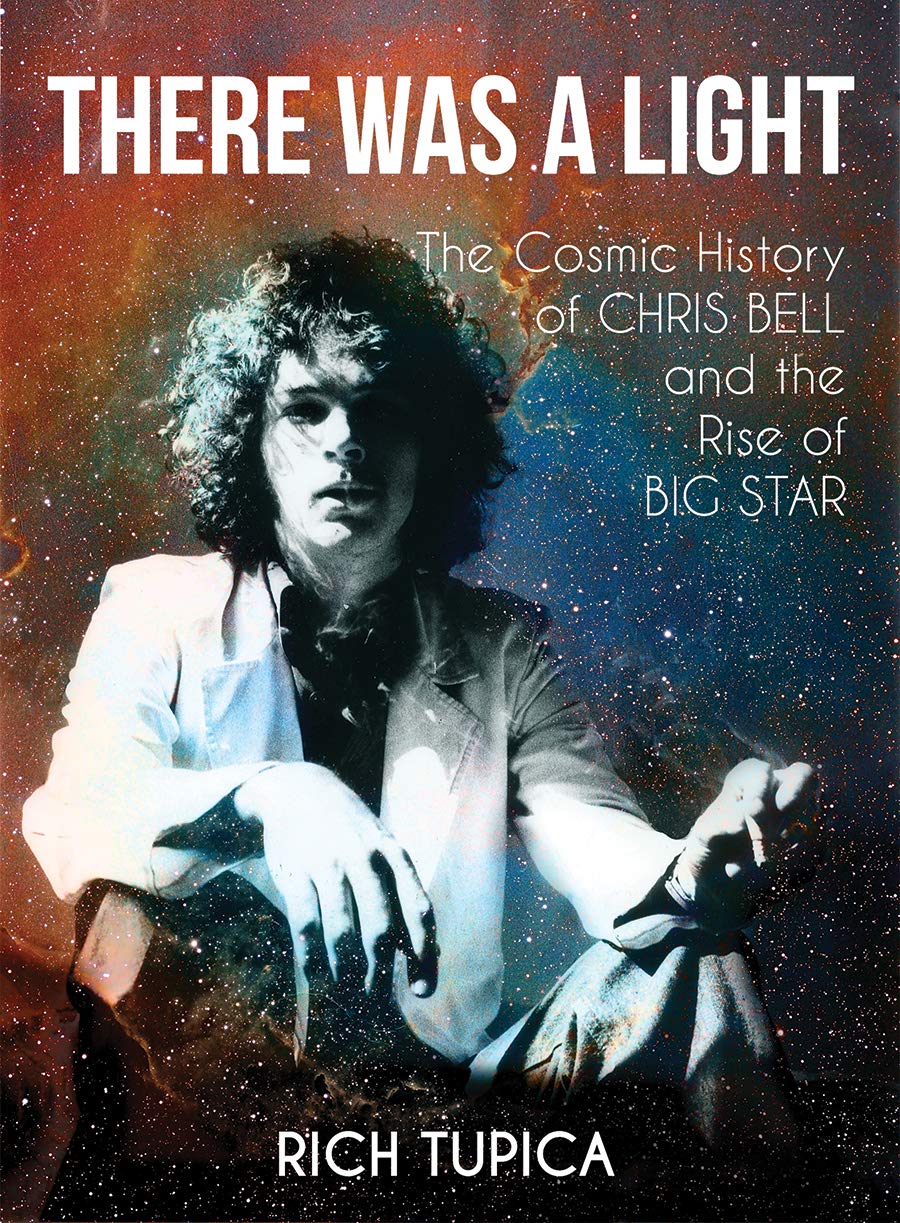 Big Star were perhaps the quintessential cult band, having made some of the greatest records of all time, but struggling to sell many of ’em thanks to woefully inept distribution from their label, Ardent Records. For years radio play, high-profile touring opportunities and press coverage was practically non-existent, so you really had to want to hear Big Star to actually hear them. These days, the band’s legacy is in much healthier shape thanks to reissue campaigns, popular cover versions, boxsets, a documentary film, and a book. The cult of Big Star has grown so strong, that there have even been books on individual band members, with Holly George-Warren’s excellent Alex Chilton biography, “A Man Called Destruction”, and now Rich Tupica’s Chris Bell biography, given the lengthy title “There Was A Light: A Cosmic History of Chris Bell and the Rise of Big Star”.

The book is an oral history of Bell’s life, using quotes from Bell’s friends, family, and band-mates, with the author occasionally tossing in some factual context, but mostly staying in the background. The quotes present Bell as a highly complex and often conflicted character. Here was a guy who came from a wealthy Memphis family (his father was a successful restaurateur), yet he shunned business for music after getting his mind blown by The Beatles at an early age, and never looked back even when his commercial prospects were all but gone. He had an appetite for drink and drugs, and most people who knew him thought he was gay, yet he was also extremely religious, and, perhaps most shockingly, an avid tennis player. Outside of his personal life, Tupica charts Bell’s artistic growth from teen Beatle fan experimenting with garage rock in The Jynx, up through the piecemeal solo recordings that made up I Am The Cosmos, Bell’s only solo LP, which didn’t see the light of day until 1992, fourteen years after his death from a car crash. He also often gives a voice to Bell’s less known musical peers like Tommy Hoehn, Richard Rosebrough, and Ken Woodley, showing that Big Star (and Bell) weren’t one-offs existing in a vacuum, but rather a part of a local rock scene trying to come out from under the shadow of Stax Records. You can tell this was a real labor of love for Tupica, who clearly put a lot of time and research into making the book. His efforts have paid off in a book that’s both informative and easy to read. With seemingly no stone left unturned, There is A Light is the only book on Bell you’ll likely ever need.