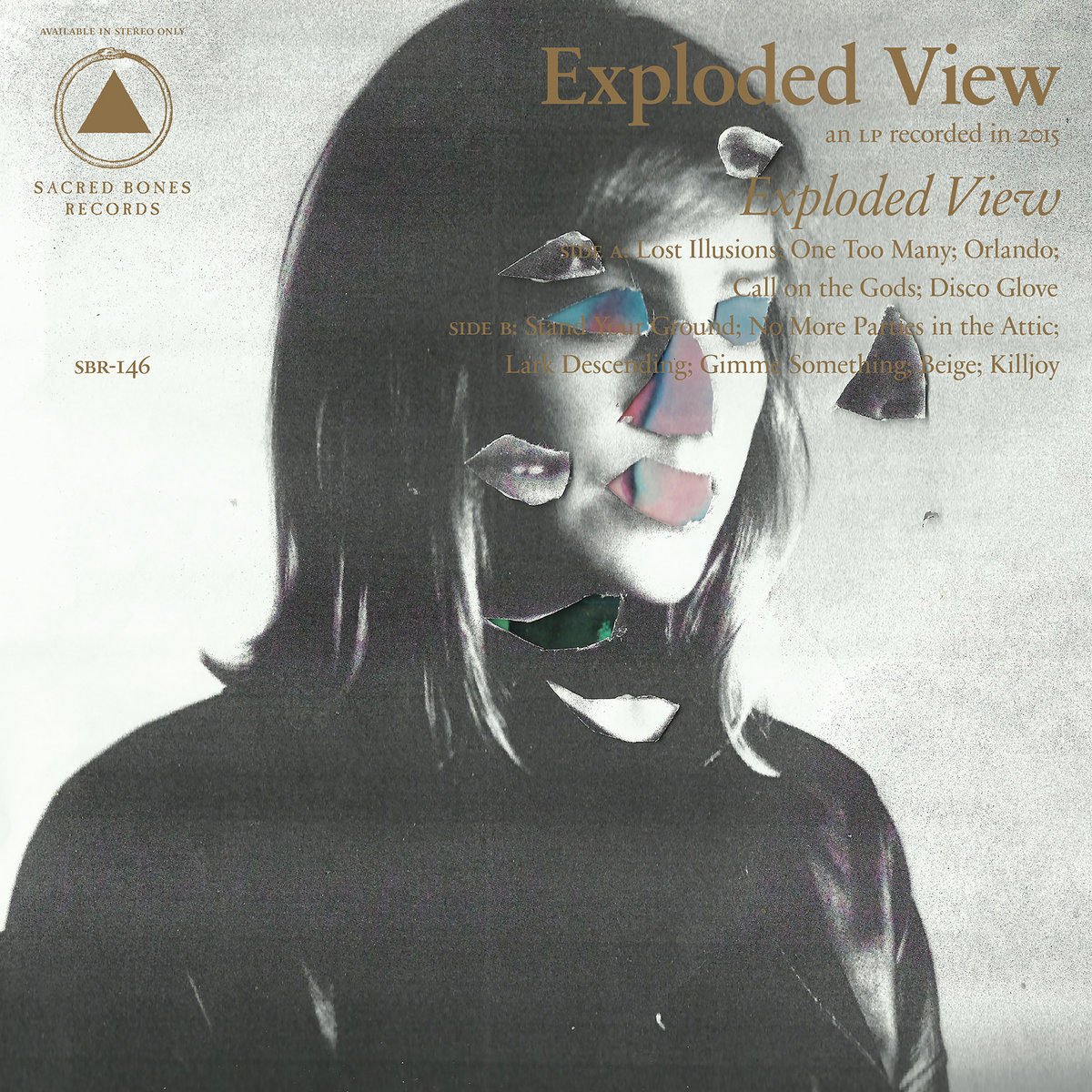 Exploded View are a new band, but you might know its members from other projects. Singer Annika Henderson has released music as Anika on Geoff Barrow’s Invada imprint, and her Mexican-based band is Martin Thulin, who’s produced Crocodiles; Hugo Quezada from the band Robota; and Hector Melgarejo, who plays with Jessy Bulbo. Together they’ve made an exciting debut album of songs that were improvised without any overdubs, only using first takes. That may have you imagining an album of messy jamming splattered around half-formed ideas, but that’s not the case. In fact, I heard the album several times before learning about the band’s recording techniques, and never suspected anything out of the ordinary. They avoid succumbing to the pitfalls of improvisation by valuing mood and economical playing over displays of flashy technique. It’s hard for the 1-2 note spacey dub grooves of “Lost Illusions”, “Call On The Gods” and “Killjoy” not to remind you of Can, but I also hear the influence of Silver Apples and Throbbing Gristle’s proto-electronica bleeps and bloops, and hints of No Wave in the occasional metal-scraping guitar tones. The music is great, but Annika Henderson’s performance behind the microphone is equally interesting, mixing the mystical wisp of Damo Suzuki with Nico’s Germanic intonations. It’s a malleable voice too, guiding listeners through lighthearted dub-disco (“Orlando”) just as well as a chilling condemnation of people who remain silent against the violence of war (“Larks Decending”). This is heady, inventive stuff (the rhythmic robotic mumbling on “Call On The Gods” is literally something I’ve never heard before) and as of today (8/13) it’s the best debut of 2016.