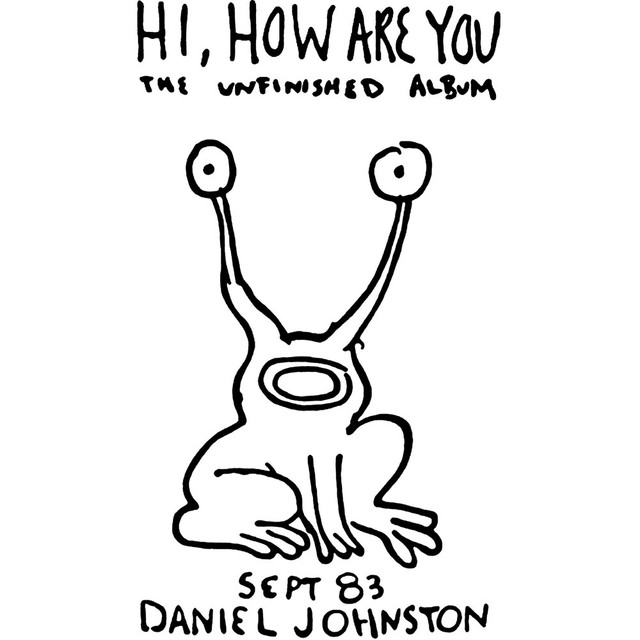 Selling someone on these albums is no easy task. Ask a room full of people, even a room full of music aficionados, “can I interest you in two albums of a mentally ill guy’s 36-year-old homemade cassette recordings?”, and you’ll likely find yourself booted from said room. Yes, Johnston’s music comes from very leftfield origins – lo-fi sound, occasional off-mic/off-key singing, sound collage flights of fancy and even some straight up mistakes. However, there’s something magical in the combination of his voice, almost child-like lyrics and tremendous songwriting ability that transcends those “shortcomings” that would have been excised from most other performers’ recordings. Here Johnston’s music occupies a unique space, where it exists almost completely free of genre or influences. It’s no wonder songs from these albums have been covered by big name artists like Karen O, Yo La Tengo, and TV On The Radio, to name but a few who have fallen under Johnston’s spell.

These two albums are Johnston’s fifth and sixth releases, respectively, and were recorded a few months apart from each other in 1983, Don’t take my word for it though; the recording dates are proudly displayed on Johnston’s hand-drawn album covers! The differences between the two are negligible: Both feature Johnston by himself, playing chord organ, some piano, guitar and even throwing in a few a cappella songs. For some reason, I prefer Yip Jump Music, which is the longer of the two albums and includes song after song brilliance, including classics like “King Kong” (later covered by Tom Waits), “Almost Got Hit By A Truck”, and “Rocket Ship”. Maybe it is has the better songs, or maybe I like it more simply because I heard it first. Hi, How Are You is no slouch either, with “Big Business Monkey”, “Running Water” and “Hey Joe” (no, not the famous one) all high-points.

Feraltone’s reissue includes both albums in one 3-LP set, complete with super-crisp remastered sound, Johnston’s original album artwork, and even a fold-out poster of Hi, How Are You’s cover art. Take the plunge. Go in at the deep end. Love it or hate it, you’ll never hear anything else like it.