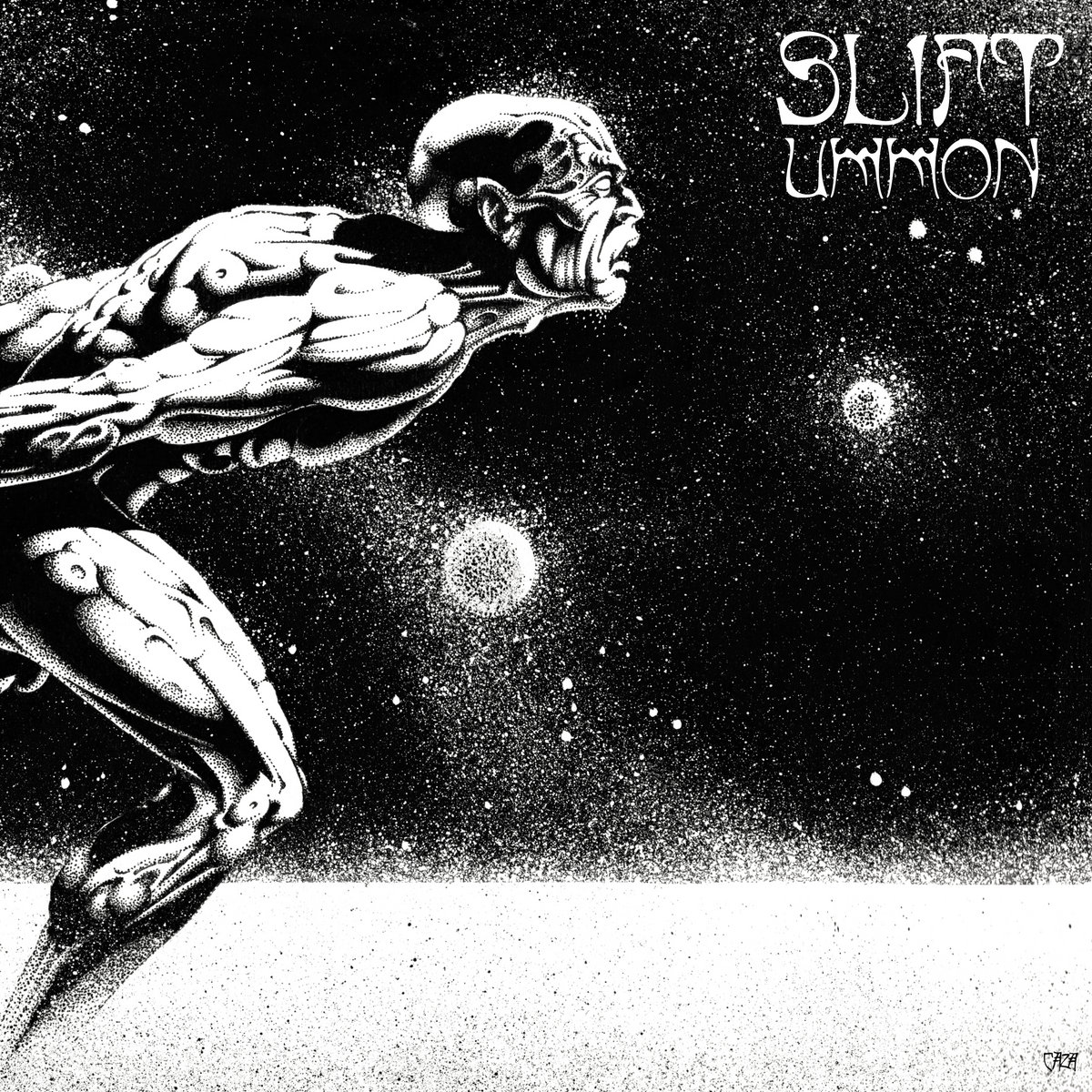 French trio Slift really push into the outer reaches of psychedelia on their latest full-length album, Ummon. The gatefold cover art shows a Silver Surfer-like character dragging a sword through some vast empty planet in the midst of the cosmos, and that’s as perfect a visual representation of the music as any. The songs on Ummon are typically long, sometimes heavy (though not particularly “metal”) and always insanely trippy. It’s almost as if every sound Slift employs on Ummon – each shard of fuzz, flange, wah-wah and reverb – was selected for inclusion purely based on how psychedelic it was. It’s easy to hear the influence of krautrock on Slift in their use of repetition and their willingness to let sonic experimentation be the bedrock on which their songs are built, but their roots go back even further to acid-gobbling sonic experimenters like Hendrix, The MC5 and Syd Barrett-era Pink Floyd. If you’re looking for more current signposts, well, Slift are clearly conversant with stoner/desert bands like Kyuss and Earthless, and, let’s be completely honest here, they often sound like a carbon copy of The Oh Sees (I first heard of them on an Oh Sees Facebook group). I could talk about some of the individual songs on Ummon, but the album really functions best as a psychedelic whole, and there’s so much spaced-out jamming that it’s hard to tell when one song ends and the next begins. The thing is, jamming can get really boring if it’s not done right. Long solos = yawns, right? Well, that’s never an issue here. The Slift guys are good musicians, but also tasteful enough that their lengthy instrumental sections are creative and melodic. They tend to hit home the same way the best Can, Sabbath or Hendrix flights of fancy do.

If you’re at all into psychedelic music, Ummon is a seventy-two minute sonic head-trip well worth embarking on.