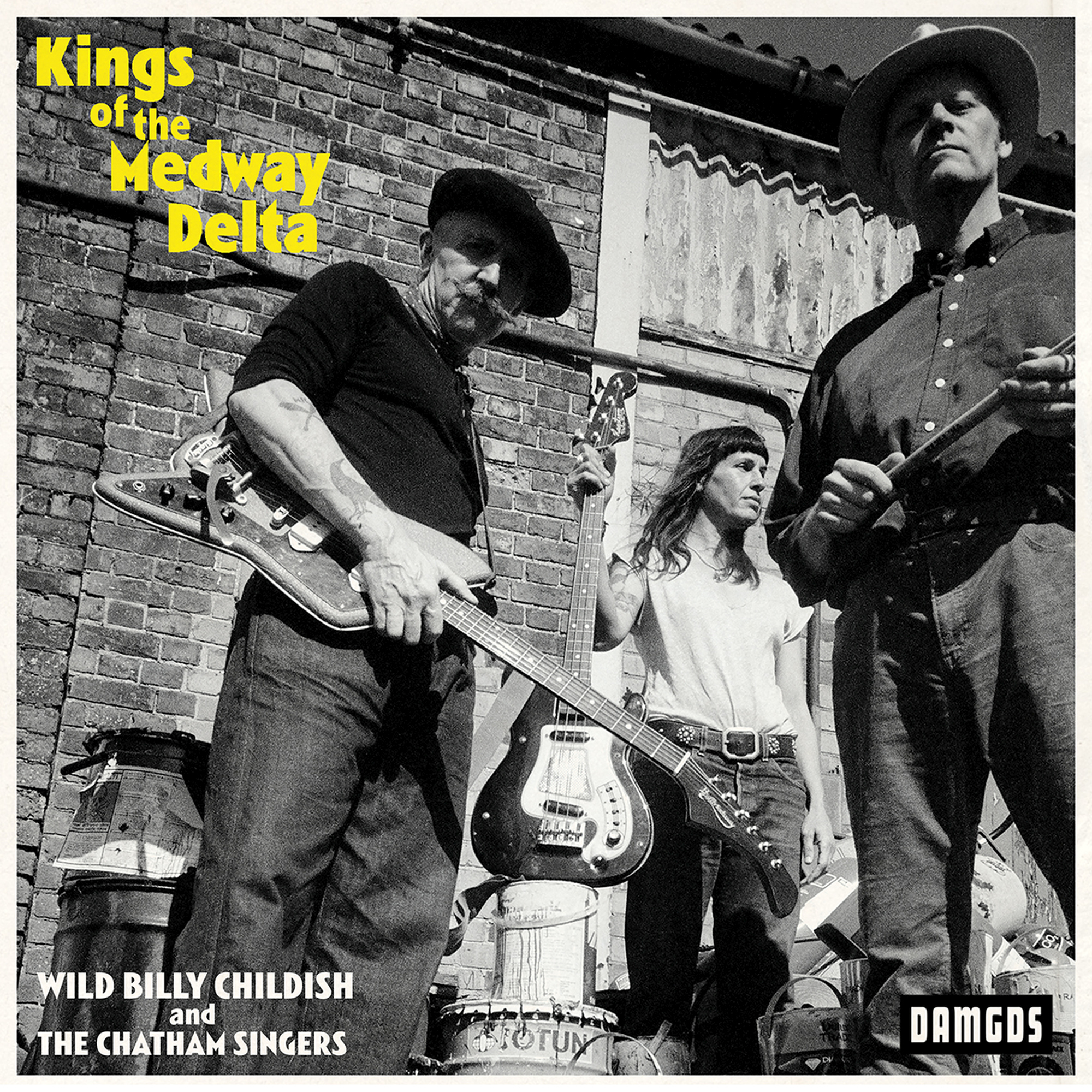 Kings of the Medway Delta is something like Billy Childish’s 857th album – don’t quote me on that – and his third with The Chatham Singers. On it, he and the rest of the group explore the blues, apparently inspired by Childish hearing Slim Harpo’s “Got Love If You Want It” in a café (they cover it here). Luckily the type of blues Childish and team display on Kings Of The Medway Delta aren’t the slow, solo-laden 12-bar standards you might be envisioning from a modern blues band in England. Instead, they mostly keep their blues the same way it sounded back when it first got electrified in the early-’50s and began to cross-pollinate with early rock’n’roll. These songs are simple and direct (as you’ve come to expect from Childish after more than 40 years), and the performances are raw, just like those great Jimmy Reed, Slim Harpo, John Lee Hooker and Chess Records classics it was inspired by. The gang dip into the Childish back catalog for a few choices nuggets reimagined in the big city electric blues style. “Wiley Coyote” is done as a re-write of Slim Harpo’s “King Bee,” including great harmonica from Childish’s old friend Jimmy Riley (who really shines throughout). “Double Axe,” originally a punky number from Childish’s The Mighty Caesers era, is placed on simmer here, and includes vocals from bassist (and Mrs. Childish) Nurse Julie. The only older song that doesn’t fare as well is “What’s Wrong With Me,” which rages just enough that it doesn’t fit as neatly with the ’50s sound of the rest of the album. The song and performance are both great, so perhaps it’s best thought of as a break in character rather than a flaw.

Kings Of The Medway Delta’s atypical enough that it probably isn’t the best choice for a first-time introduction to Billy Childish. But if you’re already a Childish fan, it’s a great addition to his discography.