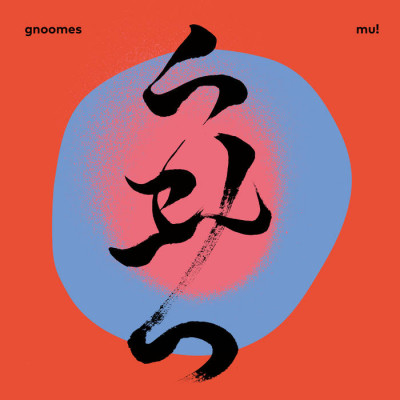 MU! is album number three for Russian band Gnoomes, who set up shop right on the spot where narcotic noise-pop and experimental krautrock grooves meet. It’s a dandy of a psychedelic journey start-to-finish, squeezing as much color as possible out of traditional rock instruments, taken to new brain-busting heights by heavy digital post-production. If you love sonic experimenters like Eno, Can, Kraftwerk, MBV, Wire, and Spacemen 3, then you’ll get where the band is coming from, but there’s something really alien about the way Gnoomes contort those influences into a new whole. Take the song “Irma” for example: The tight rollicking beat could have come from Tago Mago, and Slowdive heads would approve of those beautiful guitar sounds; but there’s also dense layers of vocals snippets placed atop one another that create a highly disorienting effect. By the time the song kicks into its’ psychotic double-time crescendo it sounds downright futuristic. What I find most interesting about MU! is that most of its nine songs barely seem rooted in any kind of traditional song-structures. What that means is that, unlike the bands that influenced Gnoomes, the songs on MU! would be almost impossible for another band to cover (“Glasgow Coma State” is perhaps the only exception). MU’s songs are built to deliver a certain type of sonic nirvana and I just don’t see a way a band could take a song like “Sine Waves are Good For Your Health” – which is basically six minutes of kaleidoscopic headfuckery over rolling tom-toms – and do anything to make it their own. It’s exciting, heady stuff, and I’m pretty sure it will place high on my year-end list of best albums. I’d also imagine it sounds devastatingly good when you’re frying up on your favorite drugs.