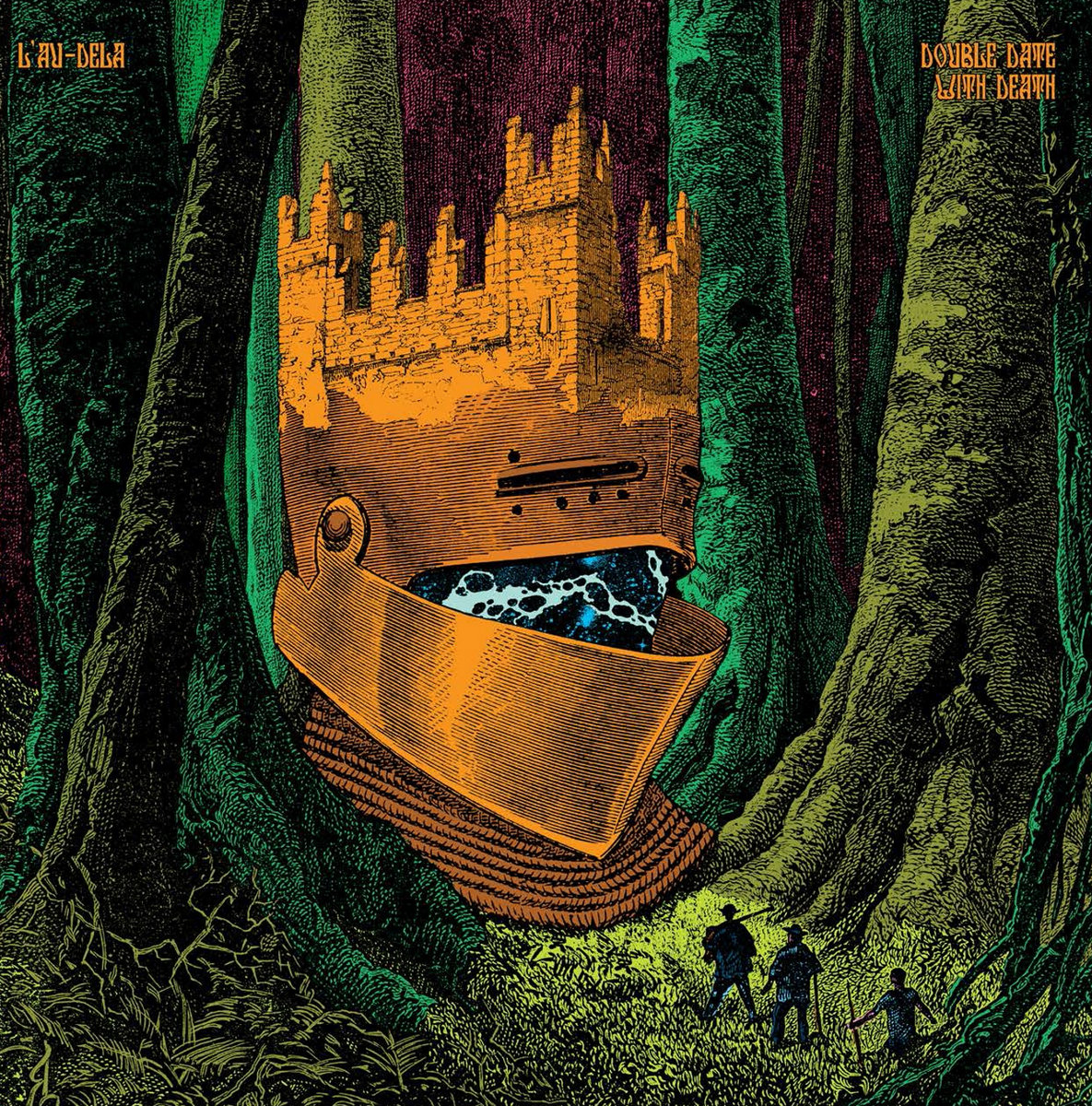 This Montreal group’s second album has enticed and puzzled me since I first heard it back in February. I knew pretty quickly that I liked it, but it reminded me of someone else and I couldn’t put my finger on who it was. At first I just took it as the work of a band planted in the Ty Segall/Oh Sees vein of motorik-punk-psych. If it was just that, I’d totally be on board with it. However, as I listened more, I started picking up some serious Pixies vibes from the shouty-but-melodic vocals and surf-styled twangy guitar tones. OK, I was getting closer to the answer, but I still wasn’t quite there. Then one day it hit me: L’au- Dela (which translates to “The Afterlife”) sounds a lot like sorely missed (by me, at least) turn-of-the-century Swedish group Division Of Laura Lee. Like that group, Double Date With Death’s music is direct and to the point, but with a sense of atmosphere and production values that push it into more psychedelic territory. The similarities are likely just a sonic coincidence, but after making the connection, it’s all I can hear now.

Clocking in with just eight songs and twenty-one minutes, sung in French no less, this short album/long EP is likely a hard sell for English speakers. Too bad if that’s the case, because these songs smoke. Highlights include the John Cale-esque one-note piano on “Foret,” the gut-punching way the volume kicks in on “Trou Noir,” and just about everything on “Fluorescent” and “Kodak,” both of which could have been buzz-bin favorites back in the ’90s. L’au-Dela has no weak moments, no fat to be trimmed. Just good song after good song. Great album cover too.