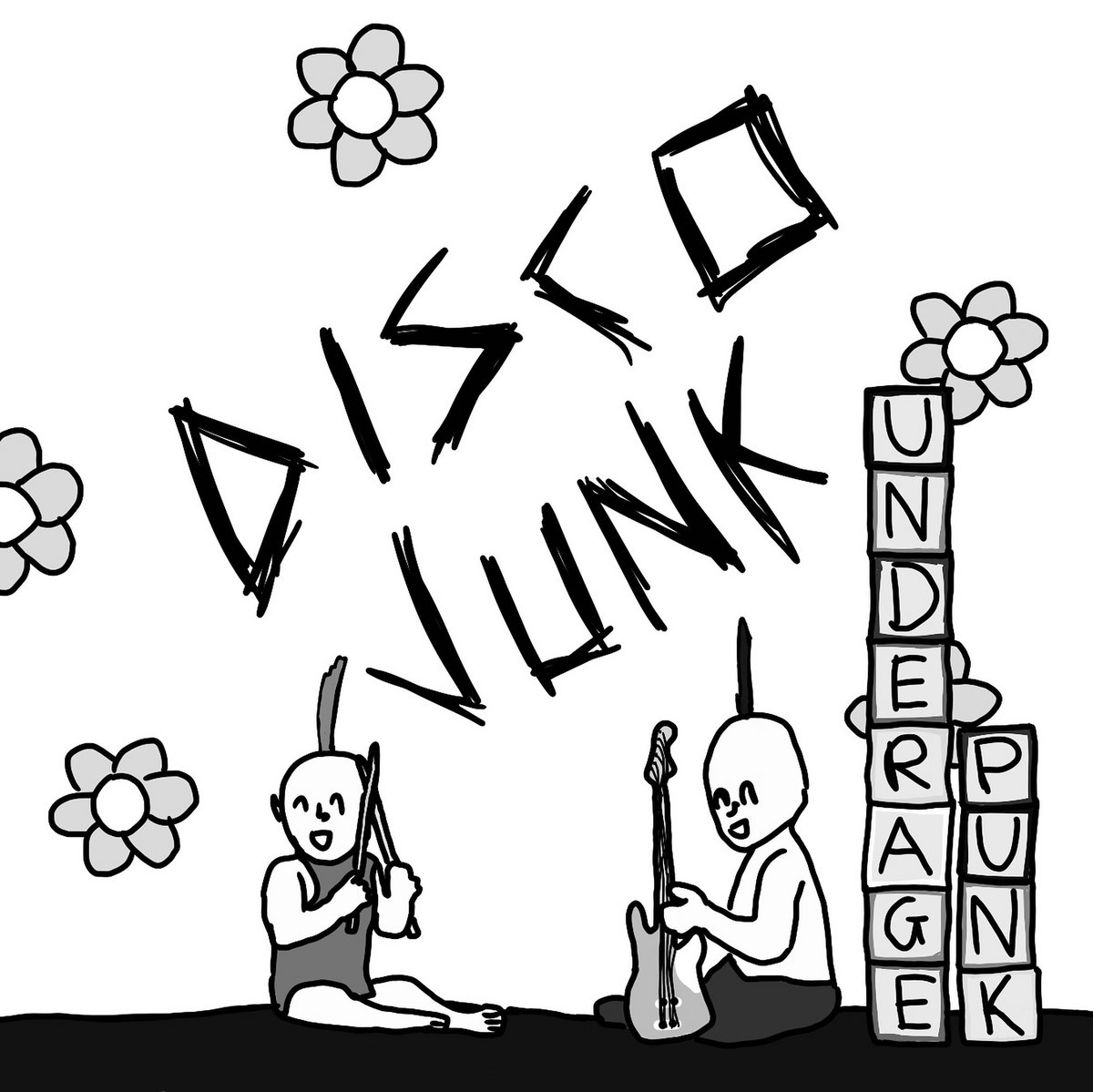 Based on what I could glean from their Facebook page, Disco Junk are now a trio, but this seven-inch single was recorded by Billy Twyford and Lachie, two barely high school-aged teens operating out of Melbourne, Australia. It’s pretty crude stuff, musically speaking – though that’s actually a compliment. Picture an alternate universe where Billy Childish ends up singing for the Teen Idles (while somehow picking up a distinctively Australian accent), and you’ve got a general idea of what Disco Junk are up to. These songs are overstuffed with bad attitude and feelings of alienation, and the lyrics are pretty much a list of different things singer Billy Twyford hates. The punchline from opener “Mutual Hate” seems to sum up Disco Junk’s worldview nicely: “You hate me and I hate you.” Twyford even seems to hate the song, letting out a blood-curdling scream at the 1:20 mark that brings it to a crashing halt, perhaps prematurely. “Outta Melbourne” expands the radius of Twyford hate explosion outwards to cover the entire city of Melbourne. It’s got a three-minute runtime and even sports a guitar solo, which makes it about as close to a pop song as Disco Junk gets; but only if your idea of pop music is Jay Reatard at his most ornery. Next up is the title track, a proper blast of righteous hardcore energy, lasting just 40 raging seconds. Underage Punk ends with “Defenestration,” which is – what else – more nihilistic punk rock! The thing is, Disco Junk are pretty good at it, and they’re so incredibly young that there’s plenty of room for growth (both in terms of height, and musical maturity). I’d keep an eye on them.