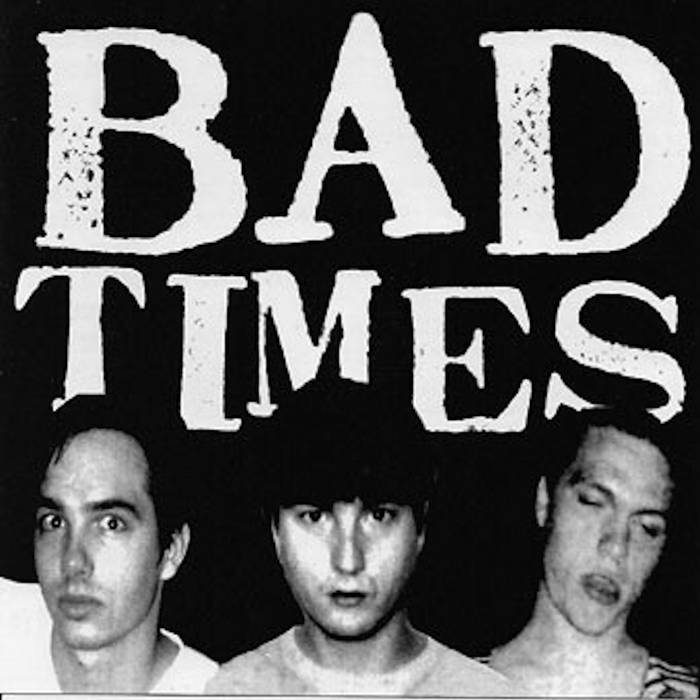 Album origin stories don’t get more modest or banal than Streets of Iron. Basically, it goes like this: In 1998 three friends (Eric Oblivian, Jay Reatard and King Louie Bankston) met up in Bankston’s hometown of New Orleans, spent one day learning these 14 songs, and another day recording them onto cassette. They called themselves Bad Times to reflect the bleakness of their lives at that moment (for example: Reatard, after recording the album, returned home to Memphis and found that his mother kicked him out of the house while he was gone). Bad Times played one show, in Normal, IL – a place I know nothing about except that, according to Google, it exists – and that was it. Of course people are still curious about Reatard’s music since his untimely death in 2010, so it makes sense for the album to get a 20th anniversary reissue, with a pair of previously unreleased songs making their debut here.

But, Reatard fans, before taking the plunge, know that Bad Times fall closer in sound and spirit to his early recordings with The Reatards than his better-known solo albums from the back-half of the 2000s. First off, the fidelity stinks. These songs were recorded on cassette and it shows. Then there’s the vocals which are more often than not full-throated screaming. Lastly there’s the extremely misanthropic lyrics which trace their lineage back to the more amateur end of the late-’70s and early-’80s underground punk and hardcore singles spectrum, complete with teenage tales of alienation, frustration and ugly sexual deviance. Somehow, despite (or maybe because of) its warts, Streets of Iron is an addictive listen. The energy is there, and while the songs are crude, beneath all the layers of spit and puke lurk some serious pop smarts which make material like “Trapped In The City” and “Listen To The Band” more than crud-punk. I even like the band’s loose Gary Glitter piss-take,”Glitter Boys,” and the early-GG Allin-isms of “You’re So Lewd”. Streets of Iron may only contain the smallest hints of Jay Reatard’s accessible side that everyone grew to love a decade later, but how many other cassettes recorded in a single day still sound this good 20 years on?