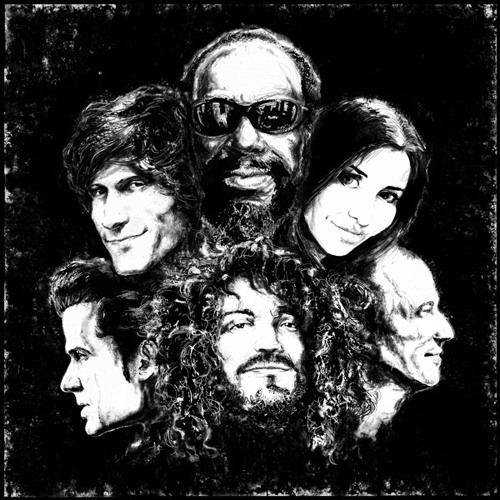 Here’s one of those puzzling instances where a venerable artist with a deep resume (in this case, Mick Collins of The Dirtbombs, Gories, and about ten other bands) makes a great album, yet for some reason absolutely nobody is talking about it. Before I get to the music, I have to give it up for the band’s name. As a 40-year New York resident I know the Broadway-Lafayette stop on the NYC subway line very well, but never recognized its potential as a perfectly clever name for a band that mixes zydeco with a sprinkling of dirty-ass urban rock. And that’s what these guys do on their debut album, which was recorded back in 2015, but is just getting released now. I love that Collins and crew largely ignore the “garage rock” side of the spectrum, and dig deep into the roots of zydeco instead, restoring the original coat of ragged grime that R&B, blues and Creole music was built on.

The band’s sound pretty much revolves around zydeco staples accordion and melodeon, both played by Cyril Yeterian. They never explicitly sound like The Rolling Stones, but there’s something intangibly “Stonesy” in the way the instruments bob and weave around each other like two drunks dancing on a bar-room floor. As pitch-perfect as the ragged-but-right musicianship is, Collins’ vocal performance impresses the most. I’ve always enjoyed his cool deadpan style, but with the volume stripped back, his voice has an emotional impact I’ve never heard before. He delivers strong character-driven narratives on “Bad Luck Joe” and “One Thing at A Time,” and unveils a unexpectedly tender falsetto on the absolutely stunning “Girl De Hong Kong.” Mostly though, Subway Zydeco is just great fun – you want to hear this kind of music at your local bar. Preferably tonight.