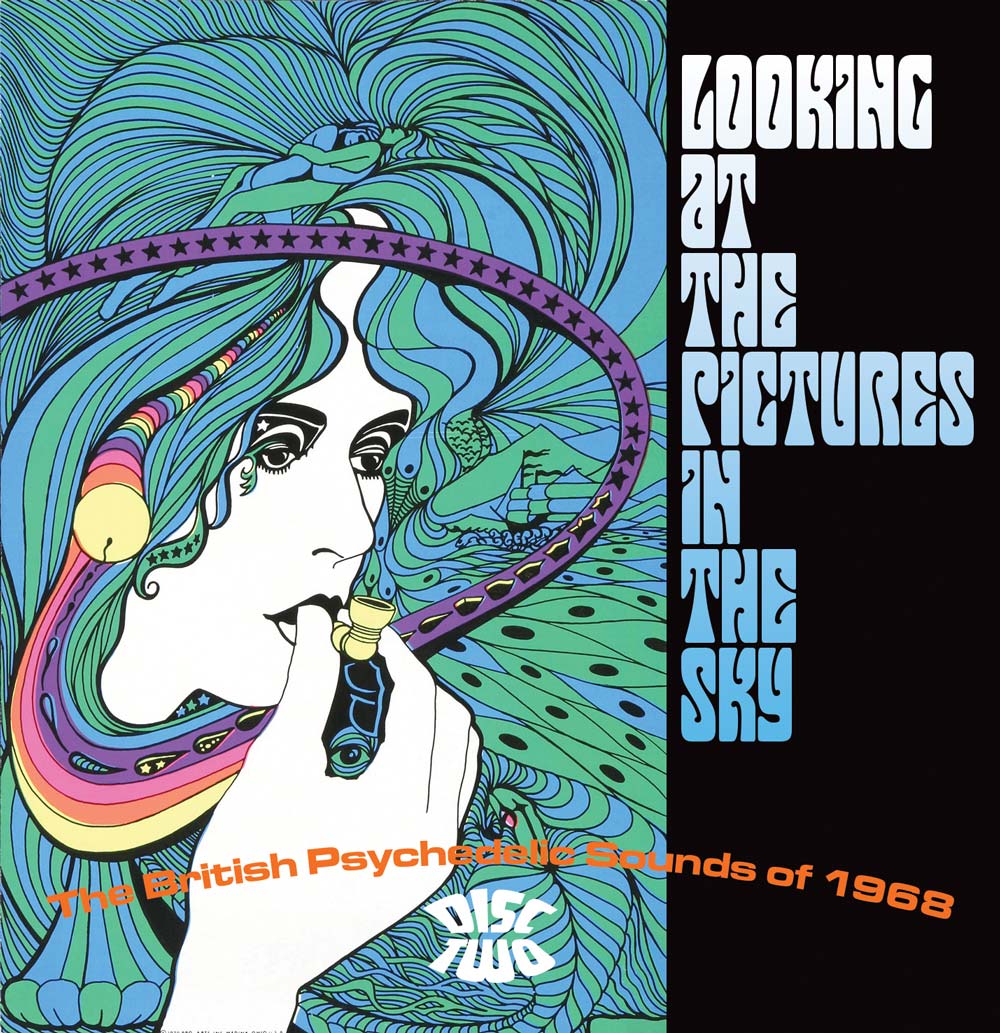 This three-disc box-set is a sequel to last year’s collection of British psychedelic songs from 1967, Let’s Go Down and Blow Our Minds. Perhaps 1968 wasn’t as important a year for psychedelic music as 1967, with The Beatles, Dylan and The Rolling Stones all dropping most of their trippy affectations and getting back to their roots, but there were still plenty of kaftan-wearing U.K. bands making music adorned with whacked out studio trickery and far out lyrics. While there are some great moments scattered among Looking At The Pictures In The Sky’s seventy-eight songs, it’s such a heavily flawed set that I can’t see anyone but the most ardent ’60s psych collectors feeling satisfied with it. First, none of the era’s more popular bands are here, so there’s no Beatles, Kinks, Stones, Who, Hendrix…etc. to blow your mind. It’s left to a b- (and sometimes c- and d-) team headed up by a few big-ish acts (The Move, The Pretty Things, and early outings from Status Quo, Procol Harum and Jethro Tull) to try and deliver the big thrills. Then there’s the issue of the kind of material that the compilers selected for inclusion. There’s a few harder moments from mod-leaning bands like The Factory, The Five Day Week Straw People, and The Attack, but most of these songs are innocuous pop tarted up with a few psychedelic affectations (usually sitars or phasing) to cash in on the post-Summer Of Love hangover. Let’s take the horribly titled “What’s the Rush, Dillbury” by Paradox for example. For all the studio trickery the band used, at its core is a song so soft and empty, Herman’s Hermits might have rejected it. Unfortunately, a good portion of this set falls into that trap, and most of the better material is easily found on other, better, UK psych compilations.