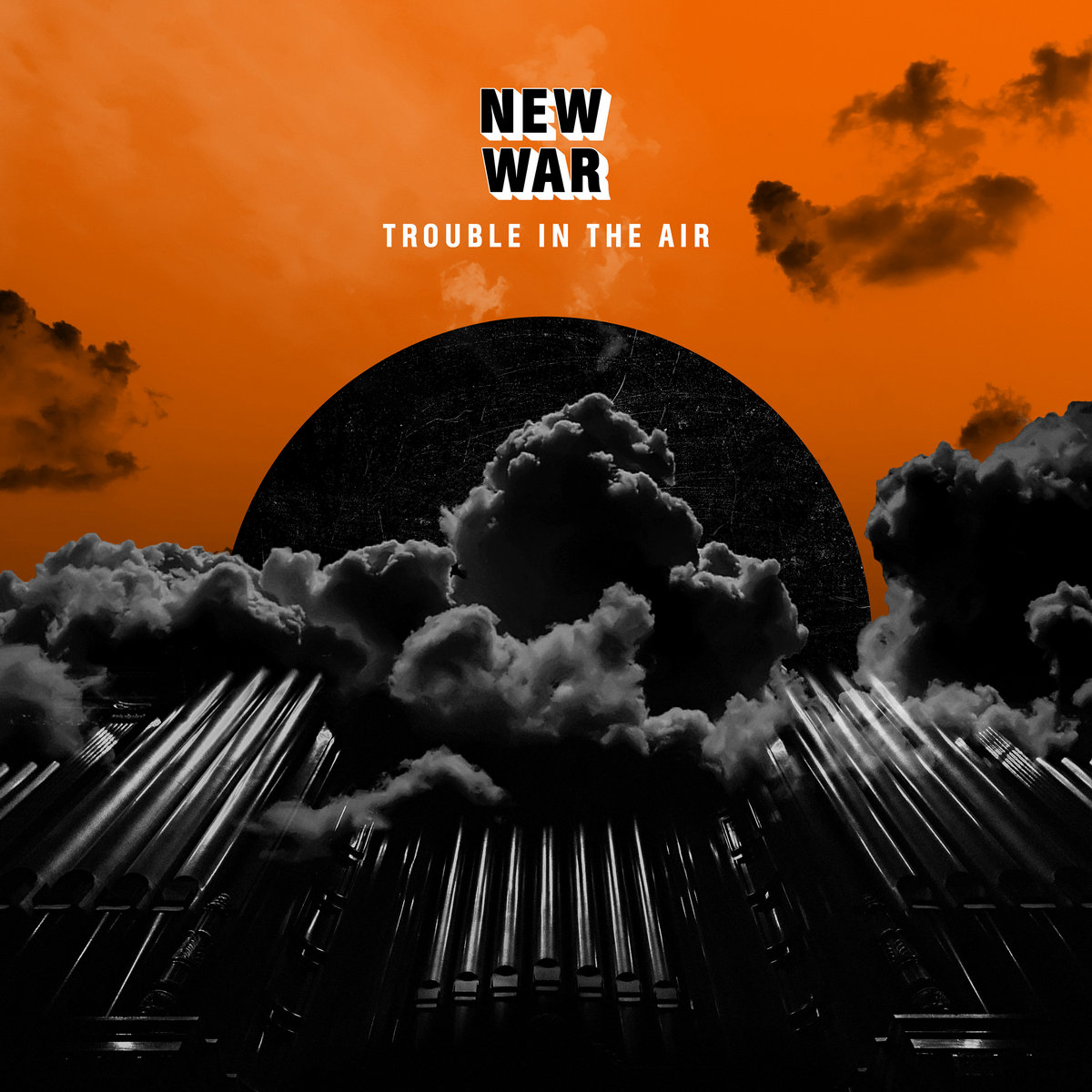 Trouble In The Air is this Melbourne-based post-punk group’s third album, but it’s quite different than anything else in their catalogue. The album was recorded live, using the grand organ at Melbourne’s Town Hall, the largest one found in the Southern hemisphere. The band wrote and arranged the songs with the organ in mind, and the further switched things up by having drummer Steve Masterson abandon his kit for an array of electronic drums, prerecorded rhythms, and synths. The organ is really the star of the record though, and you can feel the instrument’s physical enormity in the sounds it creates throughout.

Opener “Bang On” is good indication of how this configuration of New War operates – sleek, minimal and deadly cool. The bass is fully locked in with the drums in an almost trip-hop like trance, while Chris P’s vocals float coolly above it all. His mic is slightly muffled on the recording, which obscures his words a bit, but also adds an unsettling quality, almost as if he’s singing through a kidnapper’s mask. “Redbeard USA” is the only song New War revisits from their previous records, but whereas the studio original (titled “Bluebeard FLA”) was frantically paced, here the tempo is slowed down a step to a mid-tempo lurch similar to “From Her To Eternity,” while Chris P. does a spot-on Alan Vega impersonation, replete with hoots and hollers the eventually boil over into a full psychodrama meltdown. I have no idea what Chris P looks like, but when I hear this song I picture some kind of menacing big-haired Cave/Vega hybrid stalking the stage with the mic in his hand. Awesome.

Up next is crooning ballad “Emerald Dream Eyes.” It’s no sappy, lighters-up tearjerker though. We’re still firmly planted in minimalist two-chord Suicide territory here, and if you liked “Cheree,” well, you’ll love this. “I Am Position Yellow” is another hypnotic groover that shows just how much good music New War can squeeze out of a few notes. They sound loosest on the almost eight-minute long “Cocaine Blue”, using a dub-like framework of bass and drums to create more open spaces in the music than you’ll hear anywhere else on the record. The higher register vocals on the titular refrain add an element of fleeting fragility too. “Ochre” is a nice solo organ composition, but it doesn’t add any information or ideas to the album that can’t be gleaned from the other six tracks. “Purple Heart” ends it all with nine-minutes of meditative organ-led post-punk drama to contemplate before the crowd applauds one final time.

Trouble In The Air’s righteous mix of memorable songwriting and intense performances should appeal to anyone with an ear for art-rock, post-punk, or minimalism. I’m calling it the first great album of 2020.