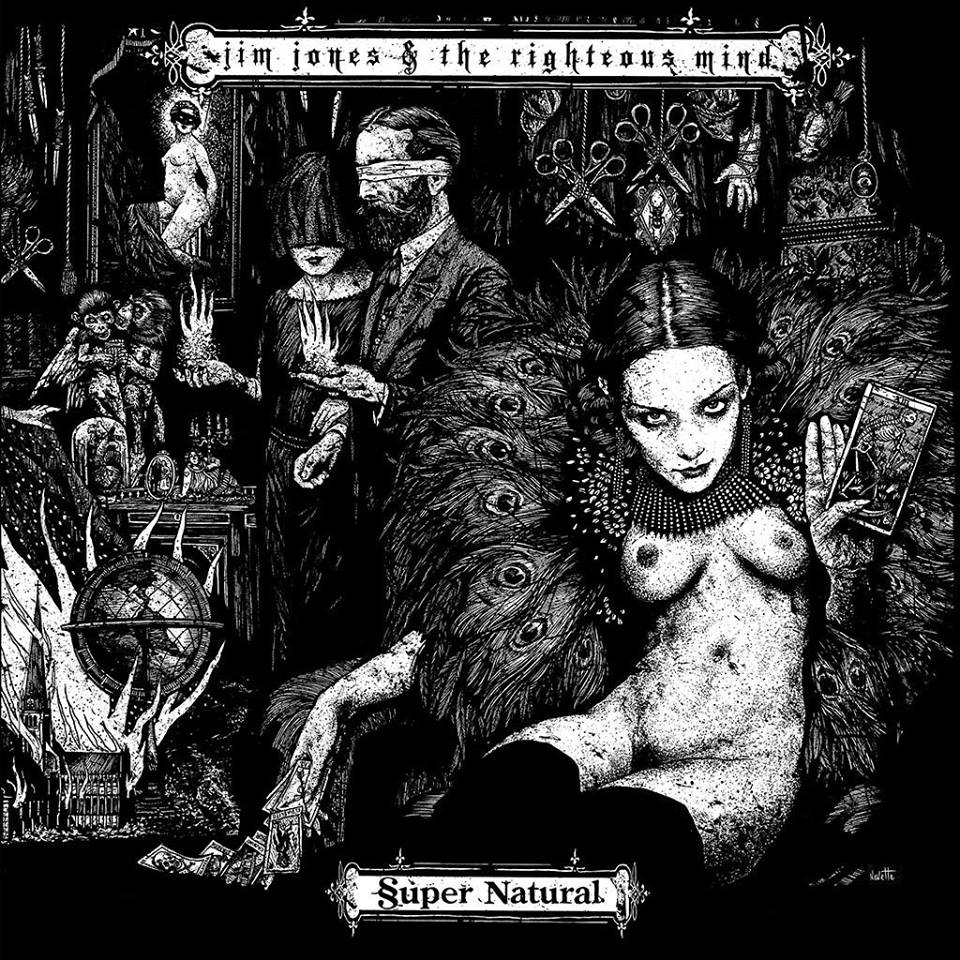 One of the best onslaughts of real rock and roll music I ever saw came from a Jim Jones Revue concert in New York City in 2014. I could explain the way their songs tapped into the original energy of rock and roll, or I could praise the ferocious cool of the band’s performances, but the thing that stood out the most was the insane volume. My ears were ringing the next day, even though I wore ear plugs the entire time. Now that’s a proper rock show! Anyway, the experience cemented my love for the band, and I was saddened when they broke up just a few months later. Not surprised though, since the room they played was half-empty. Now Jim Jones is back with a new outfit, The Righteous Mind (bassist Gavin Jay is the only JJR holdover), and a debut album where things are a little different than before, but not necessarily for the better.

Jones himself is still a wild-voiced front-man, though he scales back some of his Little Richard/Gerry Roslie/Iggy-isms to make room for Waits-inspired growls, a surprisingly sensitive falsetto (“Shallow Grave”), and a creepy croon (“Everyone But Me”). Musically, things are a bit shaky. The band play speaker-frying Stooge-punk accented by rollicking pianos, kinda like The Jim Jones Revue did, but the songs are noticeably longer and more complex. By going long (only one song is under four minutes) they lose some of that crucial pulse-quickening backbeat amidst long jam sections, making it harder to latch on to melodies. Worse is the guitar playing. I can’t tell if it’s Jones (he’s listed as lead guitar) or the band’s other guitarist, Malcolm Troon, but there’s some squelchy tones and a penchant for dive-bombs that might work for Slayer, but not here. Even if all of the ten songs on Super Natural have really engaging sections (“Shallow Grave” and “Something’s Gonna Get Its Hands On You” are the best ones) they also have at least one part you wish they’d edited out. Maybe the next one will be better.