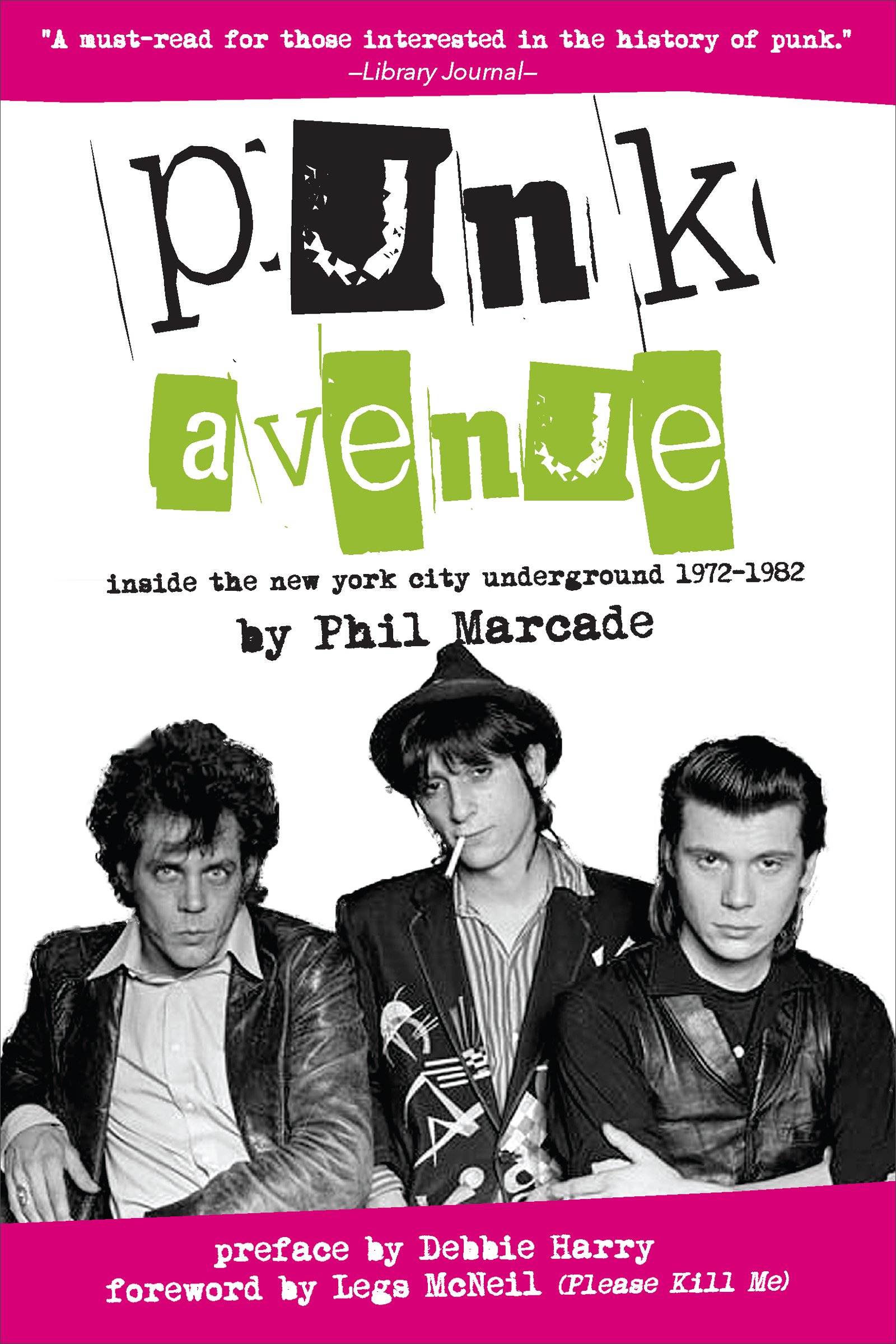 I didn’t know much about Phil (aka Philippe) Marcade, nor his band The Senders, prior to reading Punk Avenue, but that didn’t stop me from loving the book as I quickly blew through its 246 pages over the course of a weekend. Punk Avenue isn’t really a biography as much as it’s a recollection of incidents from his life between the ages of 18-28. The stories Marcade tells are, at their core, pretty standard tales of young-adult hijinks, but played out against the fascinating backdrop of 1970s New York, specifically the burgeoning Downtown punk scene, where the French transplant found a home in the midst of musicians, drug dealers, girlfriends and gangsters that were roaming the streets during that heady era. Johnny Thunders, Blondie (Deborah Harry wrote the preface), The Ramones, and a host of others play a big part in Marcade’s story and the interactions he had with them all, musical and otherwise, are recounted in honest, and often hilarious, detail. The story takes a dark turn as the ’70s become the ’80s;  AIDs was spreading quickly and Marcade’s hard partying ways had turned into a nasty heroin addiction. Luckily Marcade survived it all, faculties intact, and even if Punk Avenue isn’t likely tell you anything about the ’70s Downtown NY scene you didn’t already know, it’s just insanely entertaining stuff and a must read for anyone whose copy of Please Kill Me is in tatters from over-reading (like me). My only complaint, and it’s admittedly a small one, is with the front cover. Not only is the layout too similar to the original edition of Please Kill Me, but it also uses that stereotypical “ransom note” type of font associated with British punk.