DC’s premiere rock group Des Demonas are back with another seven-inch to satiate appetites while they put in work on album number two. These two new songs are good, but aren’t as bulletproof as their debut album, or the 7″ that followed. “Hyena” is a fireball showcase for the band’s trademark mid-tempo punk attack tempered with ’60s -style organ, but the murky recording makes Jacky Cougar’s vocals hard to decipher. He sounds pissed off about something, and I want to know what it is, but the answer remains frustratingly out of reach. B-side “Flowers From Hell” is stronger, possibly just because you can actually make out some of the vocals. Look, I wouldn’t pull the needle off of either song, but if you want to hear Des Demonas at their best (and you do), you’d be better served by the rest of their discography. 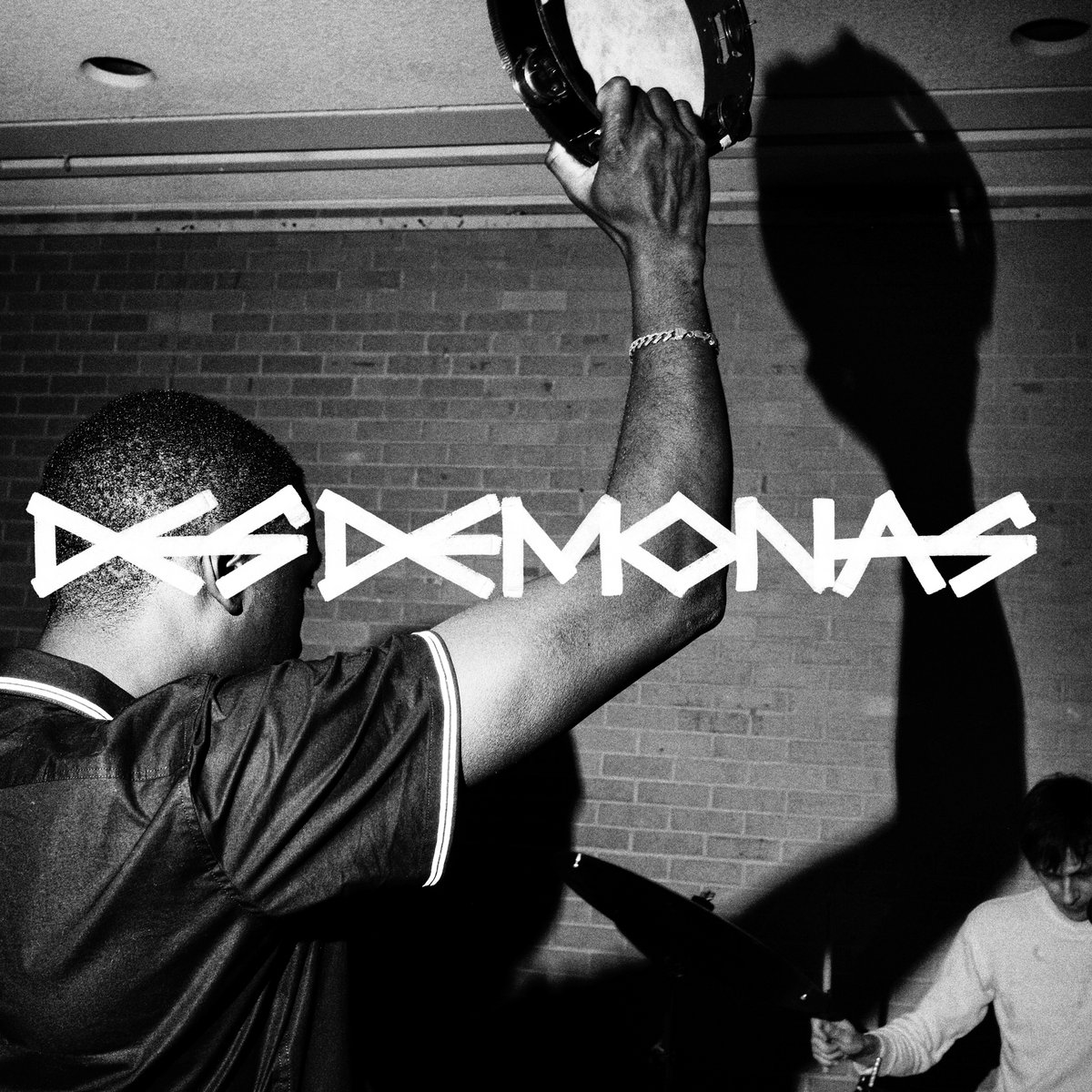 Although I didn’t hear it until early this year, Des Demonas’ debut was one of the best albums of 2017. The DC band touched a variety of personal and political raw nerves via Jacky Cougar’s incisive lyrics, yet they also rocked hard, with deceptively simple tunes inspired by, and equal to, the best of ’60s garage rock and ’70s punk. If nothing else, they gave us “The South Will Never Rise Again”, an anti-racism anthem whose chorus should be sung daily throughout the world. Less than a year later they’re back with a brand new two-song 7-inch, which thankfully delivers more of the same thrills. “Bay Of Pigs” is a two-chord steamroller of a song. The music and lyrics both feel a little underdeveloped, but there’s an immediacy in the performances that totally sells it. B-side, “Skrews,” is garage punk nirvana, with Cougar hoping for a future that doesn’t make you “feel like crying” over a charged up beat that’s as much Nuggets as it is Sex Pistols. If these two songs are an indication of where Des Demonas are headed next, we’re in for a real thrill.