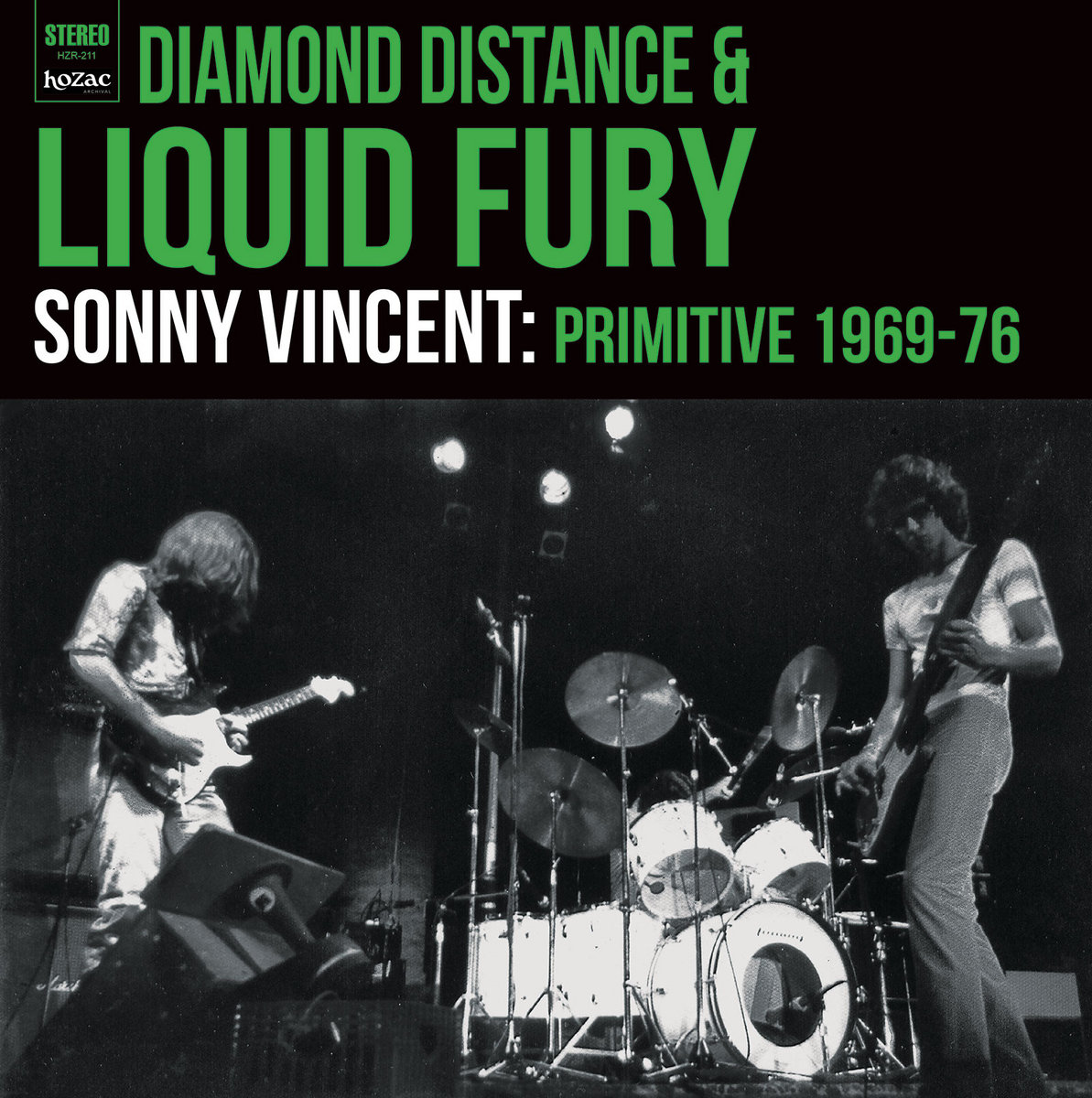 No label is better at finding and releasing music from underground rock’s forgotten footnotes than Hozac Archival. They’re not the kind of label that gets to put out Stooges rarities, but they’re the ones who’ll put out an EP with a pair of unreleased Stooges songs covered by a band who recorded them in late-70’s off a bootleg tape. It’s that kind of dedication to diving down obscure rabbit holes that makes them the perfect label for this release. Sonny Vincent is as “culty” a figure in the story of punk as any, having fronted The Testors in New York City in the back half of the 1970s. An album of Testors songs would already push the average rock-geek’s obscure-meter well into the red, but Hozac goes one-further, compiling tracks from Vincent’s various pre-Testors power-trios from 1969-1974, along with one actual Testors song from ’76.

Hozac has already released singles by two of the bands here (Fury and Liquid Diamonds), and those sides are accounted for, as is a previously unreleased number by each. There’s also a radio advertisement for a Fury gig at Greenwich High School, which tickles me pink since it’s located just a few blocks from where I live. The real “find” here is the first three songs, which come from Vincent’s earliest band, Distance, from 1969-1971. Like the rest of the music here, the sound quality isn’t great, and the songs are more psychedelic hard rock than punk rock. If you’re looking for comparisons, think of New York proto-metal bands like Dust or Sir Lord Baltimore and not The Dolls or The Stooges. The volume and hard attack are there, especially on “Flying,” but the songwriting and lyrics are dated. That’s OK though because this album is as much about documenting history, as it is about music. In fact, the best part of the LP is the liner notes where Vincent and Hozac honcho Todd Novak discuss the former’s bohemian lifestyle during this formative era. His encounters with The Manson family, Suicide, The Velvet Underground, and a host of other cultural figures, are fascinating. With stories like these, he should consider writing an autobiography.