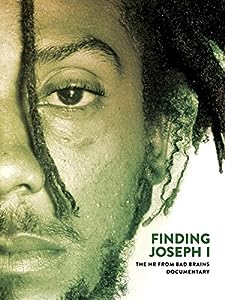 You could make a pretty strong argument that Paul Hudson (aka H.R.) is one of the most influential front-men of the last 40 years, blazing a trail of white-hot hardcore, meta,l and reggae with The Bad Brains that has left an indelible mark on countless bands that mattered, including Nirvana, The Beastie Boys, Rage Against The Machine and The Red Hot Chili Peppers just to name an extremely famous few. Despite all the acclaim he’s rightfully received, he’s never had mainstream success. He’s had some opportunities for big things with The Bad Brains – major label contracts, tour offers from U2 and The Beastie Boys…etc., but he’s always sabotaged them with erratic behavior. Finding Joseph I traces the mercurial singer’s history and tries to piece together why the H.R. of 2017 is almost nothing like the H.R. who inspired so many in the ’80s and ’90s (spoiler alert: it’s untreated mental illness, mixed with strong religious convictions and possibly some drug abuse). Director James Lathos tells the story with a mix of archival footage and modern-day interviews with H.R.’s peers, associates, and those that he’s influenced. It’s interesting to get a glimpse into HR’s, shall we say, “unique” mind-set, but there’s some missed opportunities here. There’s the glaring omissions of core Bad Brains members Daryl Jennifer and Dr. Know who declined to participate (the latter for health reasons), but in general the movie has a ton of redundancies with Lathos’ H.R. book from earlier this year. Not only do the book and movie share the same title and cover photo, but they appear to be built from the same source interviews, leaving fans feeling like they only need to own one of the two. Had the DVD included some cool bonus features (music videos, live performances…etc.) or explored some different ideas, I would give it the nod over the book. Without those (there are literally no bonus features) the book’s depth makes it the winner.