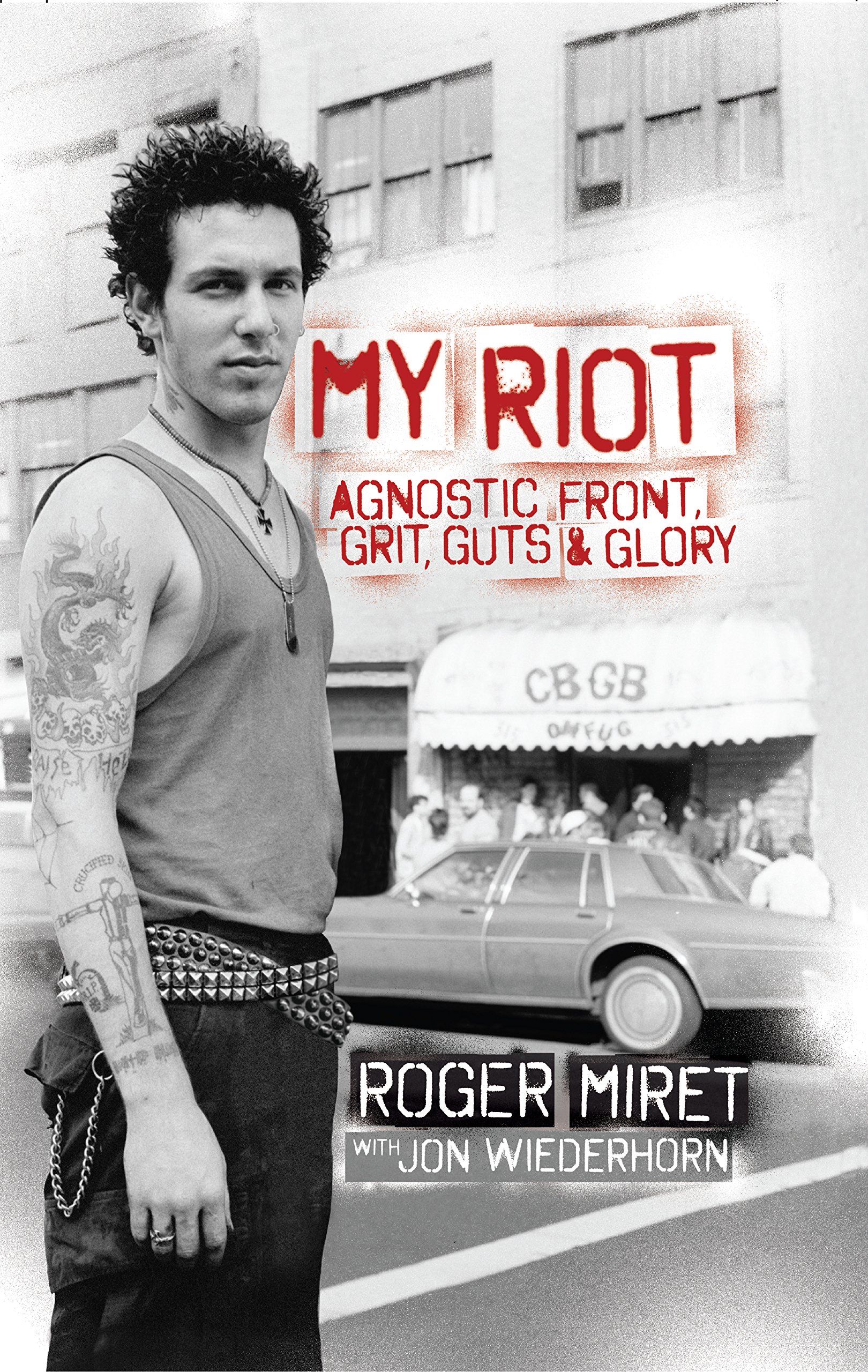 As lead singer in Agnostic Front, Roger Miret is a central figure in New York hardcore. It’s a genre I don’t listen to much these days, but I still find its history endlessly fascinating. Roger’s autobiography takes readers back in time to when the New York scene was made up of a small but dedicated group of kids mostly like Roger – teenage runaways from abusive families living in poverty on the streets, united by this new music that was too aggressive and fast for most people to make sense of. Left to their own devices on the dangerous East Village streets, fights, abandoned buildings, drug dealers, local gangs and a host of other threats were a part of everyday life and you can really feel that tension and danger, mixed with the explosiveness of the music, throughout My Riot.

If Roger and co-author Jon Weiderhorn had limited My Riot’s scope to the history of Agnostic Front and the New York Hardcore scene, they would’ve had more than enough material for a great read. However, Miret’s non-musical story is often more interesting than his musical endeavors, and it’s when he’s off-stage that the book really kicks into overdrive. The sections on his family fleeing to America from Cuba in 1968, and the subsequent physical abuse they suffered from his father and step-father are flat-out harrowing, and go a long way to explain why ended up on a destructive path at such a young age. The book also covers Miret’s secret double-life running drugs up and down the East Coast while on tour, and the four years he spent in prison on a cocaine possession charge. Miret’s stories – especially those from his prison years – are ugly reminders of what happens to people when they’re damaged to the point of losing their humanity, and there are times when all the unnecessary violence and lunk-headed machismo make him a hard person to like, but there’s some much needed levity in the book too (don’t miss the story about Agnostic Front getting hired to play a Bar Mitzvah!). Thankfully My Riot’s ending is a happy one, with an older and wiser Miret staying out of trouble for the most part, and taking up residence with his family in Arizona of all places. He’s still out there with Agnostic Front too, reaping the benefits of today’s kinder and more lucrative punk scene. Fan or not, My Riot is a great look back at a singular time in musical history, written from a very singular perspective, and it was almost impossible to put down.